Pascal and Jean-Pierre Lafond own 65 hectares of vineyards in Tavel, Lirac and since 2001 nearly a hectare in Châteauneuf-du-Pape. Since the vineyards are in the eastern half of the appellation Tavel and Lirac (from Châteauneuf-du-Pape), we also find vineyards with huge round boulders of 10-30 cm diameter. It is a perfectly equipped winery, that works organically and it is fully HACCP-certified (food safety).

Nature of the soil: stony for a parcel and sandy on ocher terraces of pebbles for the other parcel.

Climate: temperate warm, Mediterranean and very windy, Châteauneuf Du Pape is located in the center of the Rhône Valley. Rainfall reduced, sunshine during 2700 hours/year on average.

Average age of the vines: 40 years. 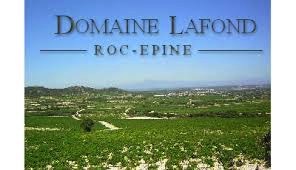